“I Am Fine with just Calling Somebody”

Growing up on a farm, always outside tinkering with stuff some would think that I am kind of mechanical and handy. I am not. I have no “handiness” to me at all. If something breaks or doesn’t work right, I am the first to speak up with my famous words “Let’s just call somebody and have them fix this” That is my “go to” when I can’t figure something out. I learned this from my Father. I remember him having the project of putting up mini blinds once. That lasted all of 5 minutes when he threw everything on the floor and said “call somebody and get them in here to do this! I don’t have time for this kind of stuff!” I have countless examples of this. My twin is the exact opposite. She will work on something till she makes it happen or she reaches a point of completely and utter madness. Anne will be working on something long after I have already went to the house, grabbed a beer and moved on to something else. For example: Anne and I were getting ready to haul the horses to go ride one morning and for some reason the tail gate on the truck was stuck. At this point in our lives, this truck was old and the fact that it still had its tailgate was astonishing…winning! ha! We had to get the tailgate down in order to hook up the trailer and it just wouldn’t budge. It went a little something like this: 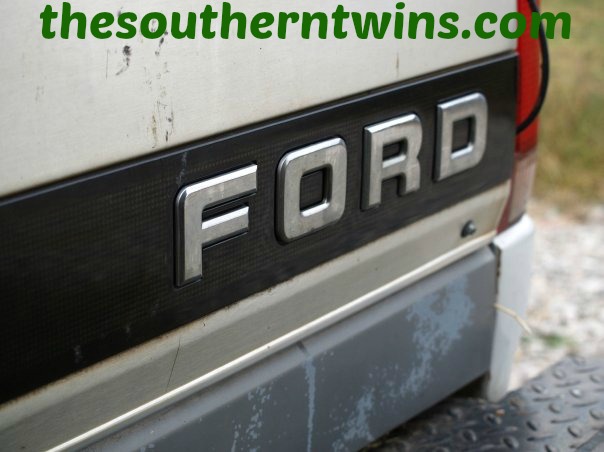 Anne coming around the corner “what do you mean you can’t get it down?”

Me: “What part of it has you lost? The fact that I can’t do something or the fact that the tailgate is in fact stuck?”

Anne: “You are such a smartass at times, get out of the way.”

Anne promptly walks over to the back of the truck and tugs on the latch to pull the tailgate down. Astonishing.. and it was a big shocker for both of us that uh……..nothing happened. IMAGINE THAT! So I try again and yet….NOTHING. Still stuck. Now at this point, I have already come to the conclusion that we aren’t hauling these horses anywhere and that in fact, we will have to get someone to take the tailgate OFF and fix it. This is the point where I say “Ok, well we just need to call somebody or take it in and have them take the damn thing off.” It takes Anne a bit longer. Actually, she never gets to that point. In my mind, I am already planning the rest of my day….ride the horses here at our farm and then maybe drink a couple of beers. While I am planning, planning, planning Anne has left and comes back with a hammer. “GET OUT OF THE WAY” she says as she goes to wailing on this tailgate. She is screaming obscenities, I am laughing, she is damn near crying and finally after she has completely wore herself out she gets the damn tailgate off. Of course, at this point, I felt that we both deserved a beer and she needed to relax. I guess this is why we balance each other out so well. Don’t get me wrong, we are both very hard workers and love to work but there are just somethings I don’t mind to let someone else do…even if that person is my sister. 😉

About The Southern Twins

1 Response to “I Am Fine with just Calling Somebody”